Even though the Food and Drug Administration began taking in mesh-related complaints in the early 2000’s and noted problems with pelvic organ prolapse (POP) mesh, it has taken until 16th April 2019 to finally remove it from the market!

The U.S. Food and Drug Administration has announced it will order the makers of the larger pelvic meshes to treat pelvic organ prolapse (POP) to stop selling the devices.

The move is a follow-up to a February meeting where a panel of experts listened to citizens and patient advocacy groups about the long-term dangerous complications of POP mesh. See MND coverage here.

At the time, three POP meshes remained on the market with the makers hoping to clear a regulatory hurdle that required clinical trials.

But the FDA determined that the manufacturers, Boston Scientific and Coloplast, had not demonstrated a reasonable assurance of safety and effectiveness of these devices.

Failure to provide proof of safety and efficacy 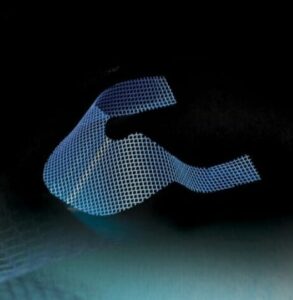 Instead of clinical trials, now required by the reclassification as “High-Risk” by the FDA in 2016, the manufacturers hoped to use post-approval studies (known as 522) to submit as part of their premarket approval (PMA) applications instead, but the agency rejected those assurances.

The data was lacking to provide those assurances, according to the agency.

“In order for these mesh devices to stay on the market, we determined that we needed evidence that they worked better than surgery without the use of mesh to repair POP. That evidence was lacking in these premarket applications, and we couldn’t assure women that these devices were safe and effective long term,” said Jeffrey Shuren, M.D., director of the FDA’s Center for Devices and Radiological Health. 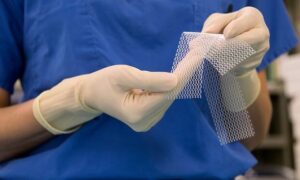 The companies have ten days to submit their plans on how they will withdraw the products from the market.

ADD* There is no restriction on mesh placed abdominally for POP repair. This order refers to meshes placed through incisions in the vagina.

The FDA issued its first Public Safety Notification about pelvic mesh in 2008 when it determined that complications were “rare.”  By 2011, the agency reversed itself and said mesh complications were “not rare” and the benefits did not outweigh the risks based on the number of complication reports coming into the FDA.

Still POP mesh was allowed to remain on the market and there were no recalls issued.

By 2012, the FDA ordered 522 post-approval studies to 40 mesh manufacturers to determine the health of the women already implanted in the U.S. Instead of complying, many makers simply removed their pelvic mesh from the market.

The actual complication rate of pelvic or incontinence mesh is unknown since the FDA does not requiring monitoring. Rates may range from 5% to 30%, according to post-market studies.

Polypropylene mesh was originally used for hernia repair but retrofitted to a woman’s body and sold in kits, beginning in 1997.

Hernia mesh is still made out of polypropylene and many people implanted are experiencing the same types of complications including chronic pain, chronic infection, autoimmune reactions to a foreign body, mesh erosion and nerve pain.

At least one leading former mesh proponent, Dr. Shlomo Raz of UCLA, stopped using all meshes because he was seeing patients with complications return after a decade or more.

“Even though these products can no longer be used in patients moving forward, Boston Scientific and Coloplast are required to continue follow-up of the subjects already enrolled in their 522 studies.” 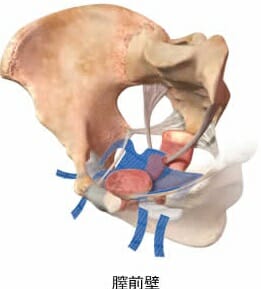 POP mesh is used to shore up sagging organs and is usually placed between the uterus and colon (posterior) or uterus and bladder (anterior).  Made of polypropylene, the arms of the device are firmly implanted into muscle and ligament and cannot be removed.

Uphold and Restorelle are made of the polymer polypropylene and promise larger pores to minimize the buildup of infection and scar plate formation, a problem with the previous generation of POP pelvic meshes.

While the POP mesh placed between the uterus and colon (posterior placement) is off the market because of the complications, such as sepsis, the focus of this panel hearing was the three remaining POP meshes placed on the front of the vagina (anterior placement).

Many of the POP meshes were deemed to be defective by implanted women and became part of the lawsuits amassed in multidistrict litigation (MDL) in Charleston, West Virginia where more than 104,000 cases were filed.  This is the largest MDL ever formed in one courthouse.

Ethicon ( Johnson & Johnson), C.R Bard, Boston Scientific and American Medical Systems produced the largest number of pelvic mesh implants in the late 90s and 2000’s. The vast majority are made of polypropylene, the same plastic used for indoor-outdoor carpets and the top of Tic-Tac boxes.

Juries in dozens of product liability trials have agreed that POP mesh was defectively designed and the warnings to the end user doctors was inadequate. 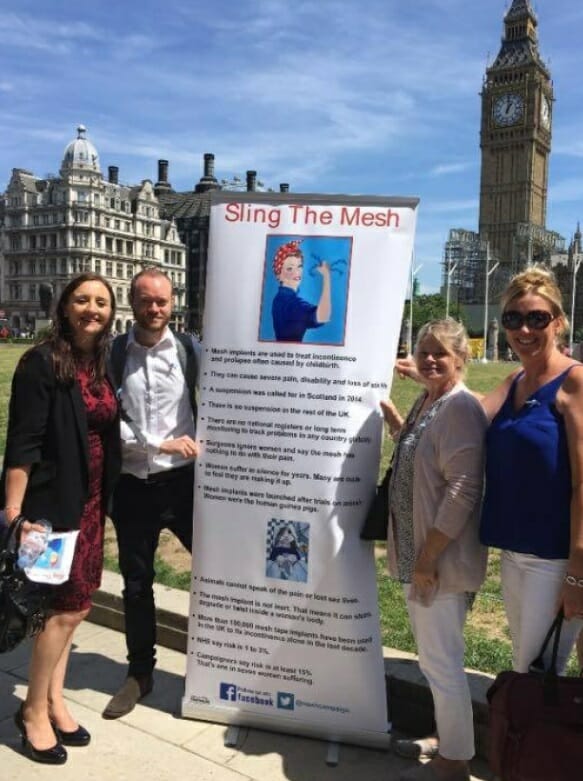 Ethicon, which amassed more defective product lawsuits than any other mesh manufacturer, produced the Prolift POP mesh. Citing business reasons, J&J’s Ethicon division quietly removed it from the market in 2012, without acknowledging its problems.

AMS sold Apogee and Perigee POP mesh but AMS was sold to Endo and eventually closed in March 2016 due to litigation costs.

Pinnacle, made by Boston Scientific was quietly removed from the market in May 2011, three years after it was launched.

J&J still sells mesh used for stress urinary incontinence (SUI) also made of the same polypropylene.  That mesh is smaller and forms a ribbon or “sling” that is placed under the urethra for support then threads outside of the body.

The American Urogynecologic Society refers to slings as the “Gold Standard” for the treatment of incontinence, yet the same complications are reported with its use.

Women with POP mesh, what should they do?

The FDA says women who have had POP mesh implanted should continue with their annual check-ups. Mesh removal is not needed if they are satisfied with their surgery and have no complications. Women who had been recommended for POP mesh repair surgery should seek other options.

I’m National News Editor, Jane Akre and I began Mesh Medical Device News Desk aka Mesh News Desk (MND) in the summer of 2011 just after the Food and Drug Administration issued an explicit warning to the public that complications associated with surgical mesh used for prolapse repair (POP) and incontinence (SUI) are NOT rare! That was the starting point for the litigation you see today and thousands of lawsuits have been filed by women whose lives have been altered, some permanently, by the use of this petroleum-based product. Patients receiving the same product for hernia repairs are increasingly reporting the same complications. That’s where Mesh News Desk comes in.

This site uses Akismet to reduce spam. Learn how your comment data is processed.